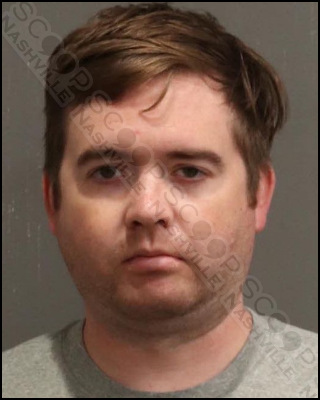 34-year-old Eric Grimsley was charged with DUI late Saturday night after he was initially pulled over for a broken headlight and swerving on the roadway. As Officer Hayley Doty approached the vehicle and spoke with Grimsley, she smelled alcohol and noted his slurred speech. He became argumentative during field sobriety tests and eventually refused to complete them. Despite the traffic stop occurring in Belle Meade, Grimsley stated he believed he was in Sumner County.

Eric Grimsley, of New Hwy 52 in Westmoreland, TN, was booked into the Metro Nashville Jail on September 11th, charged with driving under the influence (DUI) and violation of the implied consent law. A judicial commissioner set his bond at $2,000, and the Davidson County Sheriff’s Office gave him pre-trial release from their facility.