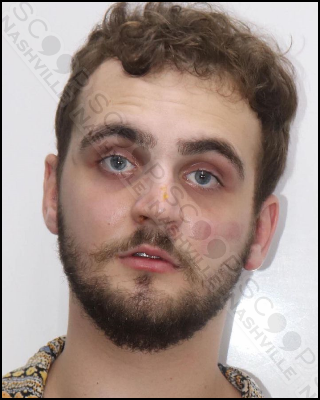 Just before 2 a.m. Saturday, Metro Nashville Police responded to Kid Rock’s Bar on Broadway as 21-year-old Jackson Andrew Manning was being detained by security for being drunk and disorderly with other patrons. Security told officers he was repeatedly starting fights with random strangers inside the bar and refused to leave the location. Officers transported him to booking and charged him with public intoxication.

Jackson Andrew Manning of Roanoke, VA, was booked into the Metro Nashville Jail on September 10th, charged with public intoxication. A judicial commissioner set his bond at $100.