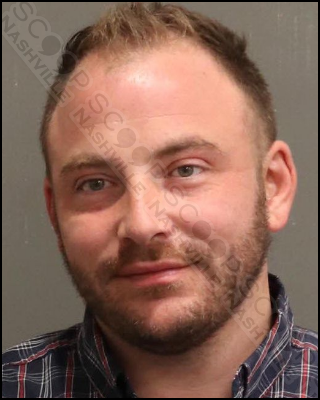 Just before 8 a.m. Saturday, 33-year-old Jonathan Workman was the driver of a vehicle that struck the rear end of a Nashville Fire Department engine near Haywood Lane and Nolensville Pike. Officer arrived and immediately noticed the smell of alcohol coming from Workman’s breath, along with his glossy eyes and slurred speech. He performed poorly on field sobriety tests and would later blow a 0.127% BAC on a breathalyzer.

Jonathan D. Workman of Steffisburg Dr in Nashville, TN, was booked into the Metro Nashville Jail on October 1st, charged with driving under the influence. A judicial commissioner set his bond at $1,000.