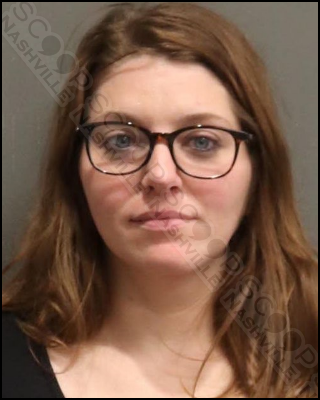 Police say 35-year-old Brittnye Denen was driving on I-65 late Wednesday night when she swerved into a lane and almost collided with a marked MNPD patrol vehicle. The officer followed her for approximately one mile, and she continued to swerve and drive erratically. During a traffic stop, Denen admitted to drinking “a beer” prior to driving and performed poorly on field sobriety tests. Inside the vehicle, officers located a Yeti tumbler filled with beer in the center cup holder.

Brittnye L. Denen of Campbell Rd in Cross Plains, TN, was booked into the Metro Nashville Jail on October 12th, charged with driving under the influence and implied consent violation. A judicial commissioner set her bond at $1,500, and the Davidson County Sheriff’s Office gave her pre-trial release from their facility.