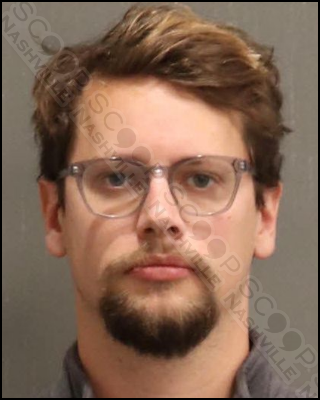 Samantha Brinkley says her 29-year-old husband, Daylen Brinkley, chased her around the house and threatened to “bash her head in” during an argument Wednesday night. Officers arrived at the disturbance, and she explained they had been arguing since earlier in the evening. She states she was in fear of being injured after the threats and being chased around the house. Daylen admitted to making the threat and was taken into custody.

Daylen E. Brinkley of Cumberland Circle in Nashville, TN, was booked into the Metro Nashville Jail on October 20th, charged with domestic assault with fear of bodily injury. A judicial commissioner set his bond at $1,000.