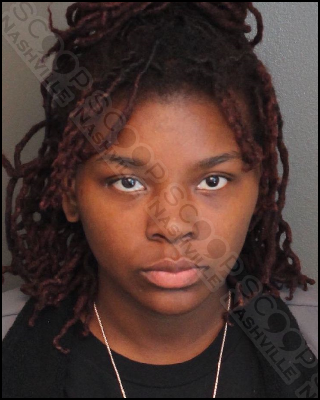 28-year-old Quenesha Golden is charged with animal cruelty after Nashville Animal Care & Control found a deceased dog in an outside crate at her residence. Police say Gold admitted to leaving the dog outside in the crate for 4 weeks with no food or water. Golden was issued a citation and was booked this week. She is free without a bond and scheduled to appear in court in January.

Quenesha Golden was booked on the citation into the Metro Nashville Jail on October 18th, charged with animal cruelty.