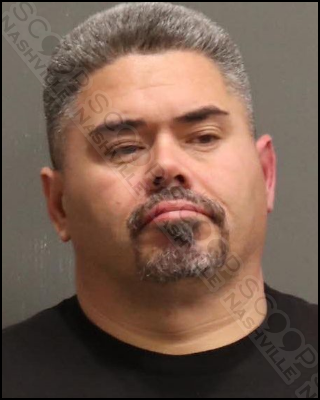 When 44-year-old Jordan Higgins was picked up by his ex-wife at the Nashville International Airport on October 18th, the pair argued and were immediately disagreeable. Jordan became so upset he struck the windshield of Olivia’s car, breaking it, and injuring his hand. The two then continued their journey back to their shared residence in Murfreesboro but only got to Donelson Pike and Airport Center Drive before they were involved in an automobile crash. As officers inquired about the broken windshield, Jordan admitted to smashing it, and stated he’d “rather hurt something material than his wife.”

Jordan Higgins of Juneberry Way in Murfreesboro, TN, was booked into the Metro Nashville Jail on October 18th, charged with vandalism. A judicial commissioner set his bond at $1,000.