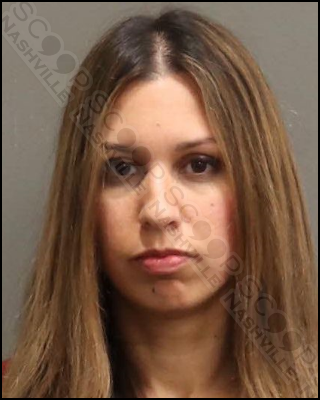 Metro Police say 36-year-old Shannon May Crothers was driving on West End with no headlights in the early hours of Friday morning. She was slow to respond after an officer initiated a traffic stop but eventually parked in an alley between 16th & 17th Ave. She reportedly smelled of alcohol and admitted to drinking a “few beers” at an event with friends. She performed poorly on field sobriety tests and later blew a 0.164% BAC on a breathalyzer —double the legal limit in Tennessee.

Shannon May Crothers of Old Hickory Blvd in Brentwood, TN, was booked into the Metro Nashville Jail on October 28th, charged with driving under the influence. A judicial commissioner set his bond at $3,000.