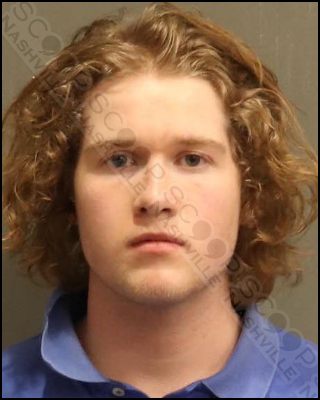 18-year-old Grant Philip Winn was driving a vehicle that crashed into another vehicle head-on on I-65 South in the early hours of Sunday morning. Police say Winn was driving Northbound in the Southbound lanes when the crash occurred. He was sitting on the ground by his crashed vehicle when police arrived and admitted to drinking prior to driving, stating he had been at a party and consumed “two beers.” He performed poorly on field sobriety tests and was charged with DUI and underage drinking.

Grant Philip Win of Magnolia Dr in Nashville, TN, was booked into the Metro Nashville Jail on October 30th, charged with driving under the influence and underage drinking. A judicial commissioner set his bond at 5,000, and the Davidson County Sheriff’s Office gave him pre-trial release from their facility.