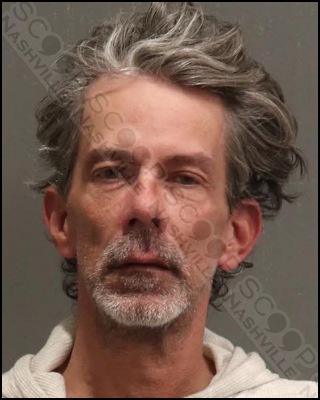 50-year-old Michael Shawn Sexton crashed on Dickerson Pike just before midnight Thursday. Officers arrived and noted he could barely speak, and when he did, it was very slurred, and he reeked of alcohol. He had two mostly empty bottles of vodka at his feet and stated he had “a lot” to drink when asked. Sexton refused to complete field sobriety tests, stating: “I already know I’m drunk.”

Michael Shawn Sexton of Hattie St in Lafayette, TN, was booked into the Metro Nashville Jail on November 4th, charged with driving under the influence. A judicial commissioner set his bond at $2,500.