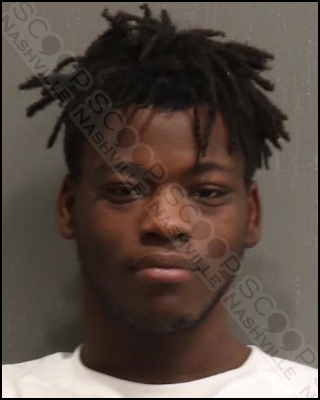 Metro Nashville Police responded to Martin’s Towing late Thursday night to find an extremely intoxicated 21-year-old Mark Combs, who refused to leave the property after being asked. Combs yelled and screamed at police during the entire interaction, and as they were placing him into custody for public intoxication, disorderly conduct, and trespassing, he earned an additional charge of resisting arrest when he refused to be placed into the patrol car.

Mark A. Combs was booked into the Metro Nashville Jail on November 4th, charged with public intoxication, resisting arrest, disorderly conduct, and criminal trespass. A judicial commissioner set his bond at $650.