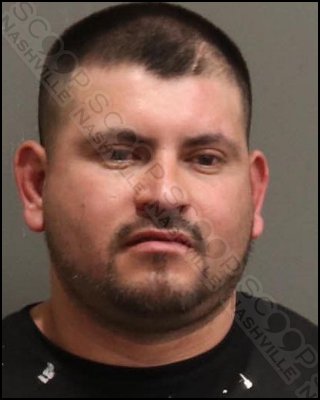 32-year-old Crispin Espinoza Trejo was charged with public intoxication after police found him walking away from a car crash on the interstate. Officers responded at 2 a.m. Sunday after a citizen reported seeing the car crash and three individuals walking away on the interstate. Officers found Trejo on the side of the interstate, extremely intoxicated. Due to his inability to care for himself, he was taken into custody and charged with public intoxication.

Crispin Espinoza Trejo was booked into the Metro Nashville Jail on November 6th, charged with public intoxication. A judicial commissioner set his bond at $500.