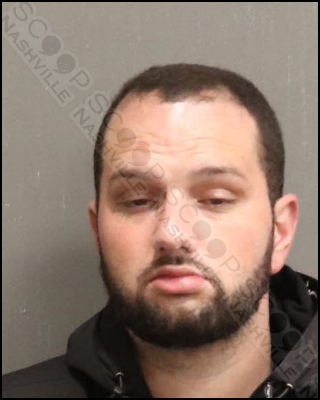 A traffic stop on a vehicle traveling 55mph in a 40 mph zone on Dickerson Pike revealed 30-year-old Robert Charbonneau in the passenger seat alongside a female driver. Police say they smelled marijuana coming from the vehicle and conducted a search. While no marijuana was found, Robert’s backpack contained 5 used glass pipes, 10 Suboxone pills, 2 generic Viagra, 1 Trazodone, and 2.4 grams of powder which tested positive for Fentanyl.