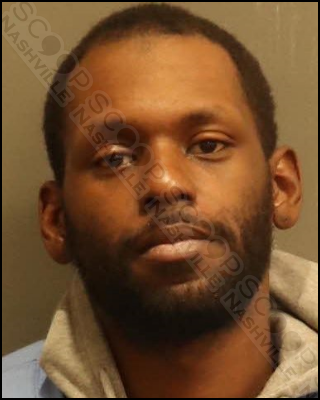 30-year-old Jabreel Slater was driving his vehicle on South Main Street with two blown-out tires late Friday night. Officers located the vehicle on North Main and conducted a traffic stop. Officer Noah Werner says he could smell marijuana coming from Slater, and that Slater performed poorly on field sobriety tests. A search incident to arrest found a small amount of marijuana and a small unidentified pill. He is charged with DUI (marijuana).

Jabreel Slater of Hickory Hollow Pl in Antioch, TN, was booked into the Metro Nashville Jail on November 19th, charged with possession or casual exchange and driving under the influence. A judicial commissioner set his bond at $3,000.