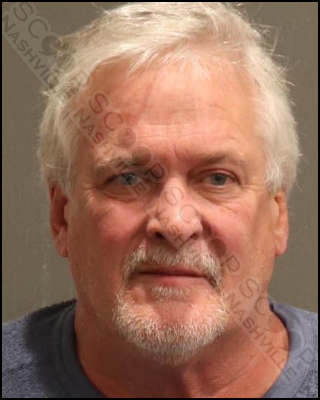 Airport police initially responded to what they believed was a medical assistance call just after 11 a.m. Saturday. They encountered 61-Mark Newlin in D concourse at Gate 1, who was being held up by another person. Newlin explained he did not have any medical condition, but he had been drinking alcohol prior to the fall. He was heavily intoxicated and was taken into custody for public intoxication.

Mark Ian Newlin was booked into the Metro Nashville Jail on November 18th, charged with public intoxication. A judicial commissioner set his bond at $100.