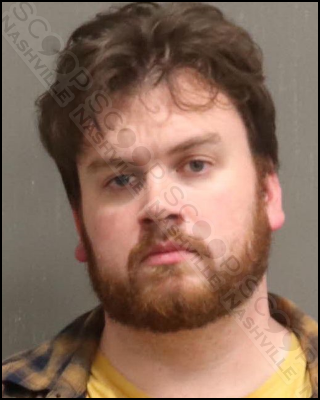 28-year-old Nashville publicist and artist manager Zachary Farnum of the 117 Entertainment Group will need a publicist of his own to recover from the bad publicity he keeps giving himself. Police say Farnum was in the backseat of a rideshare vehicle late Saturday night and was under the influence of at least one substance when he became unruly, verbally aggressive, and threatening with the driver. The driver pulled stopped the vehicle at the Nashville International Airport’s departure area as he called 911 and, removed his keys from the ignition, and exited the vehicle.

Farnum then climbed atop the rideshare vehicle, where he continued to cause a disturbance. Police say Farnum then moved to the driver’s seat and attempted to drive the car away drunkenly, but his plan was foiled when no keys were in the ignition. Officers report Zachary Farnum had “abnormally dilated pupils” and smelled strongly of alcohol.

Farnum’s creation, 117 Entertainment Group, represents a dwindling roster of artists, including Wade Sapp, Karissa Ella, Bobby Bare, and David Nail. Farnum represented the late Jerry Lee Lewis, and it’s believed he is the source of the premature news tip of the death of Lewis a full day before he died. Scoop: Nashville also covered Farnum’s 2017 DUI arrest after he attempted to leave a parking garage without paying and plowed through a barrier at the Music City Center.

Zachary R. Farnum was booked into the Metro Nashville Jail on November 27th, charged with public intoxication. A judicial commissioner set his bond at $100.