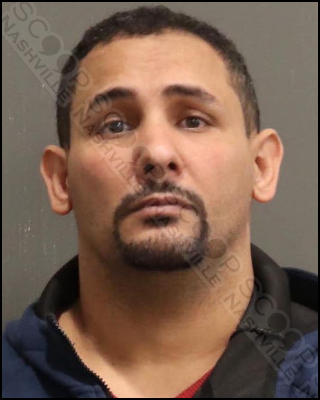 Employees of the Keurig Dr. Pepper Beverage Company were at the SJJ Market on 40th Ave North, repossessing two drink coolers that were leased by the store’s owner, 36-year-old Mina Ibrahim. During the repossession, Ibrahim became verbally aggressive and attempted to physically stop the repossession. Ibrahim then retrieved a metal rod, and as the situation escalated even more, Ibrahim pulled a pistol on the employees. The victims left and notified police, who located the metal pipe and a located 9mm handgun at the store. Ibrahim was taken into custody and charged with aggravated assault with a deadly weapon.

Mina M. Ibrahim of Hollis Drive in Murfreesboro, TN, was booked into the Metro Nashville Jail on November 23rd, charged with aggravated assault with a deadly weapon. A judicial commissioner set his bond at $20,000.