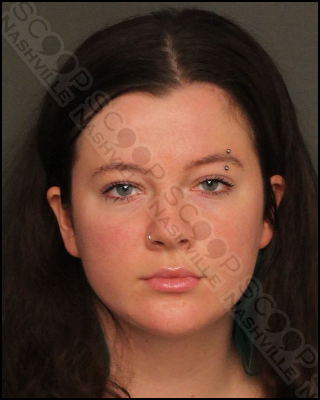 22-year-old Elizabeth Parker Bibb is charged with DUI with a child after a November crash on I-40. Officers arrived to find Bibb and her four-year-old daughter in the Ford Fusion. Bibb was visibly intoxicated and unsteady on her feet as she was taken to an ambulance to be transported to a local hospital. Her stepfather advised he believed she had been drinking earlier in the day, and she confirmed she used both Xanax and alcohol, and had consumed “a lot of tequila.” She reportedly told a doctor at the hospital she “got too drunk,” which was relayed to police. Due to her being admitted to the hospital, she was issued a state citation, which she was booked on this week.

Elizabeth Parker Bibb was booked on the citation on November 28th, charged with driving under the influence with a child. She is set to appear in court on February 21st, 2023.