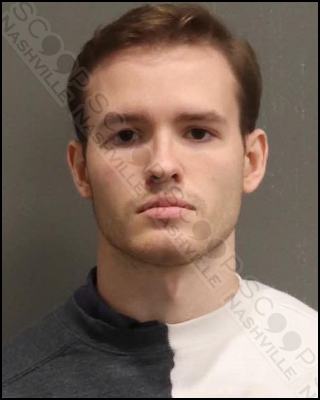 23-year-old Dominic Eugene Lambert is charged with violating an order of protection and is free after posting a $2,000 bond. Court records show he met Morgan Anne Heath-Powers at Vanderbilt University, where they became friends, and he eventually showed a romantic interest in her, which wasn’t mutual. She told him to cease all contact, and he continued, even after being served with an order of protection, making further contact illegal. Details in the story…

Dominic Eugene Lambert of Hasting Ct in Plano, TX, was booked into the Metro Nashville Jail on December 5th, charged with an order of protection violation. A judicial commissioner set his bond at $2,000.