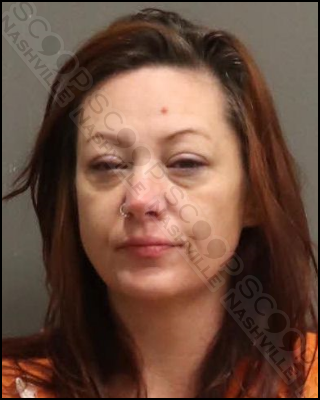 42-year-old Michelle Carter was asked to leave Tootsie’s bar in downtown Nashville in the early hours of Saturday morning, and once outside, continued to ask to go back inside to retrieve her purse and cell phone. Bouncers refused her request but advised they would retrieve it for her. She stated it was with a man named “Kevin,” but he was not located inside. When asked to provide the phone number of someone who could pick her up, she gave the number of her estranged husband, in Memphis. She was unable to name her hotel so she could be transported there, and was eventually taken into custody for public intoxication. When informed of her charges, Carter explained that she was just enjoying her night after the Jelly Roll concert, and she was not driving, so she couldn’t be charged with public intoxication.

Michelle L. Carter was booked into the Metro Nashville Jail on December 10th, charged with public intoxication. A judicial commissioner set her bond at $100.