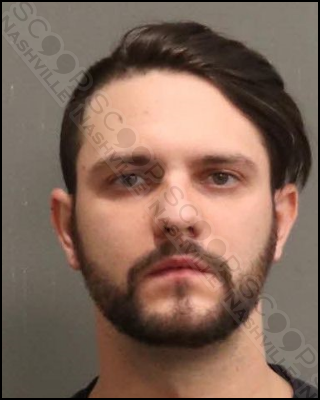 26-year-old Lance Bryan Jennings was driving his Infinity G37 the wrong way down a one-way street in downtown Nashville in the early hours of Saturday morning. A traffic stop was conducted, and it was immediately apparent that Jennings was intoxicated. He stated he drank “a quarter pint of vodka,” prior to driving. He performed poorly on field sobriety tests and blew a 0.171% BAC on a breathalyzer.

Lance Bryan Jennings Jr. of Anatole Ct in Nashville, TN, was booked into the Metro Nashville Jail on December 17th, charged with driving under the influence. A judicial commissioner set his bond at $1,500.