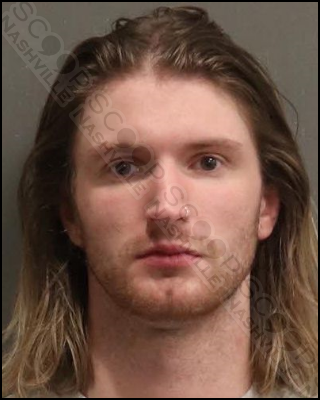 25-year-old John Carteret was drifting from side to side on the roadway and traveling at 51 in a 40 mph zone when an officer conducted a traffic stop just before 2 a.m. Sunday. Officers say Carteret smelled of alcohol and admitted to consuming “three beers” before driving. He performed poorly on field sobriety tests and blew a 0.104% BAC on a breathalyzer.

John C. Carteret of Delmas Ave in Nashville, TN, was booked into the Metro Nashville Jail on December 18th, charged with driving under the influence. A judicial commissioner set his bond at $2,500.