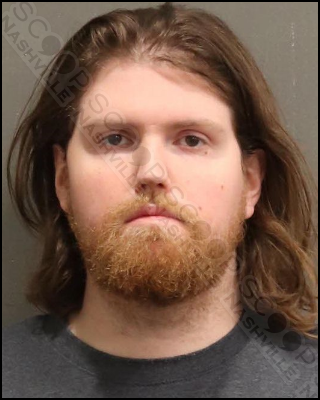 Metro Nashville Police found 29-year-old Samuel Fruend slumped over in the seat of his vehicle, which was parked in the middle of a lane of travel in East Nashville. As they woke him up, they asked where he was trying to go, to which Fruend replied “just a few licenses away”, and was unsure what part of town he was in. He stated he had one drink at Basement East before the incident, and more drinks at another bar before that. He eventually blew a 0.165% BAC and was taken into custody.

Samuel C. Fruend was booked into the Metro Nashville Jail on February 17th, charged with driving under the influence (DUI). He is free on pre-trial release to his 901 Spain Ave address in Nashville, TN.