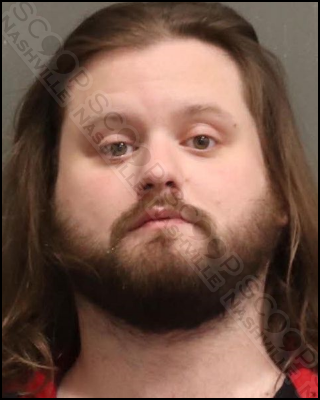 Metro Nashville Police were investigating an abandoned vehicle near the Bell Rd exit at I-24 when suddenly 29-year-old Logan McCann rear-ended another vehicle in front of officers. He exited his vehicle and stumbled toward officers, and stated he had just been at an East Nashville restaurant where he had consumed 1 beer. He performed poorly on field sobriety tests, and agreed to a blood draw, however, he backed out of that decision once at the hospital. He was also on multiple medications which have warnings against taking with alcohol.

Logan McCann was booked into the Metro Nashville Jail on March 16th, charged with driving under the influence (DUI), and violation of the implied consent law. A commissioner set his bond at $1,500 and he was given pre-trial release to his 308 Rosemary Street address in Smyrna, TN.