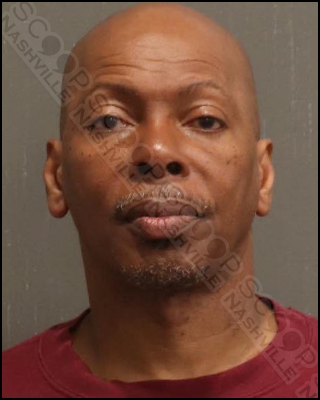 Vikki Rush says she returned home after being out drinking and found the door was locked, causing her to have to knock until her husband, 61-year-old Lawrence Rush, let her inside. As she moved past him, her purse reportedly hit her husband, and she says he pushed her in response, starting a physical altercation. Vikki told police her husband eventually pushed her to the ground and strangled her, leaving scratch marks on her neck. During the struggle, he reportedly grabbed her by the hair and hit both her head and nose on the floor, which was swollen and had some bleeding.

Lawrence Rush was booked into the Metro Nashville Jail on March 16th, charged with aggravated assault/strangulation. He is free on a $15,000 bond to his 309 Paddington Court address in Antioch.