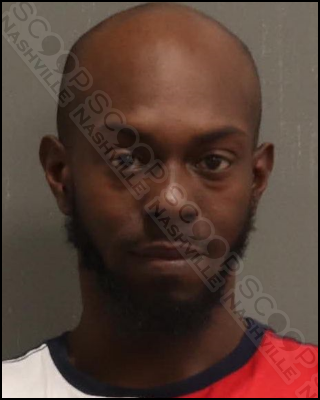 32-year-old Steven Cole was jailed Thursday on an outstanding warrant charging him with felony aggravated assault. His former roommate and lover, Laquisha Lacy, contacted police on May 12th to report a food fight turned felony incident that occurred two weeks prior, on April 27th. She says the two were having a verbal argument when he left the shared apartment and tried to come back inside, at which time he tossed things around the home. Lacy states she threw hot rice on Steven Cole. In retaliation, Cole admits he threw a candle at Lacy, striking her in the head. She had to be transported to the hospital for her injuries and required eight stitches to close the gash on her forehead.

Steven J. Cole, of 17th Ave North, was booked into the Metro Nashville Jail on May 19th, and charged with felony aggravated assault with serious bodily injury. He is free on a $10,000 bond.