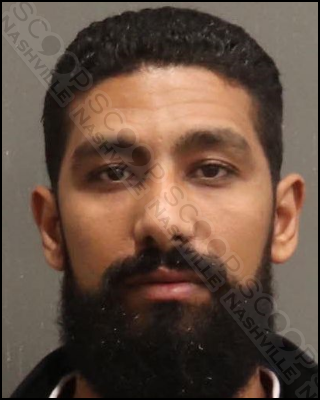 33-year-old Kerolos Sadak has been indicted by the Davidson County Grand Jury on one count of aggravated assault with a deadly weapon and one count of domestic assault with bodily injury. The incident occurred on March 9th, during which Sadak is alleged to knowingly and/or recklessly cause bodily injury to Hanna Hanna while also using a gun.

Kerolos G. Sadak, of Rice Hill Court in Antioch, was booked into the Metro Nashville Jail on June 1st. He is free on a $10,000 bond.