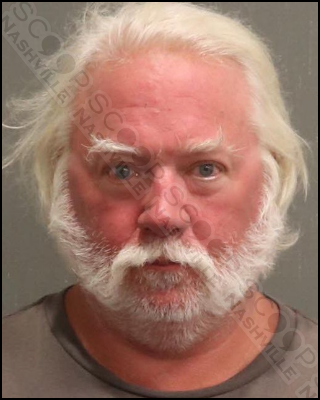 TWRA Officer Joshua Landrum says 62-year-old David Alan Rank was having too much fun near the Elm Hill Marina Sunday as he observed him doing donuts near the no-wake zone without a life jacket properly buckled. As he spoke to Rank, he says it was apparent he was intoxicated with slurred speech and a strong smell of alcohol about him. When asked how much he had to drink today, he stated he had “one or two drinks” on his daughter’s boat. He performed poorly on field sobriety tests and was taken to jail.

David Alan Rank, of Lickton Pike in Goodlettsville, was booked into the Metro Nashville Jail on June 19th, charged with boating under the influence (BUI), implied consent, and negligent operation of a boat. A commissioner set his bond at $1,550, and the Davidson County Sheriff’s Office gave him pre-trial release from their facility.