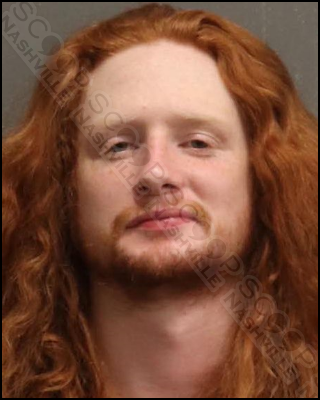 On June 23rd, a drunken Sten Brown called and told police that his brother, 23-year-old Marshall Brown, punched him in the face just under his left eye during an argument inside their share apartment several days prior on June 17th. Responding officers took photos of the victim’s injury and bruising. When interviewed about the reported assault, Marshall Brown admitted to punching his brother in the face. Sten was too intoxicated at the time of his report to be taken before a magistrate, but because of the domestic relationship and the obvious injury, officers prosecuted for the assault and took Marshall into custody.

Marshall Brown, of Litton Ave in Nashville, was booked into the Metro Nashville Jail on June 23rd, charged with domestic assault with bodily injury. He is free on a $2,000 bond.