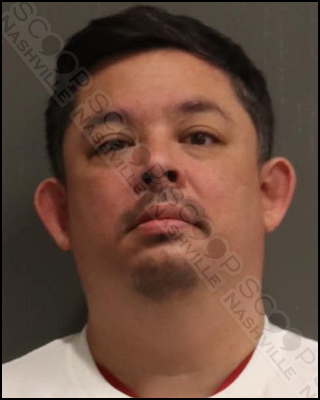 45-year-old Dr. Andrew Aaron Gong was jailed this week after not showing up for an October court date and a bench warrant being issued for his arrest. The doctor’s troubles started in November of 2020 when he was using a delivery service for groceries. When the gig worker, Timothy Hines appeared at his door without wearing a mask or gloves, Dr. Andrew Gong reportedly became upset and a verbal argument quickly escalated when Hines says Gong punched him in the face, causing a laceration to his lower lip which was documented by police. Gong fought the misdemeanor citation and the case was bound over to the Grand Jury who indicted him on the assault charge in September of 2021. When he failed to appear for arraignment in October a warrant was issued for his arrest.

Andrew Aaron Gong, of Cleghorn Avenue in Nashville, was booked into the Metro Nashville Jail on June 30th on the assault indictment and is free on a $1,000 cash bond.