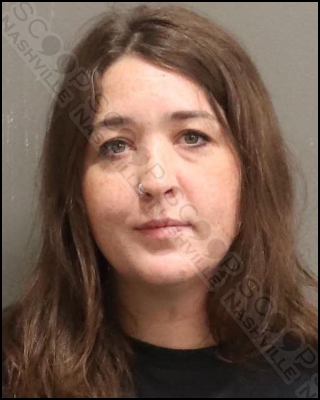 Kelly Holmes, of Forest Ridge Drive in Hermitage, was booked into the Metro Nashville Jail on July 1st, charged with theft. She is free on a $1,000 bond.