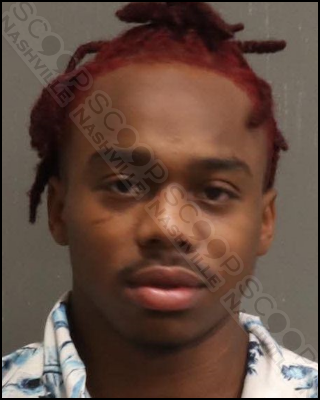 23-year-old Dalen Willis-Sharpe was charged with public intoxication in downtown Nashville after security from 5th & Broadway flagged down Metro Nashville Police Officers stating that Willis-Sharpe was becoming aggressive. Officers made contact with Willis-Sharpe and found him unsteady on his feet and with a strong odor of alcohol coming from him. Due to his level of intoxication and inability to care for himself, he was transported to booking.

Dalen Alexander Willis-Sharpe was booked into the Metro Nashville Jail on July 5th, charged with public intoxication. A judicial commissioner set his bond at $100.