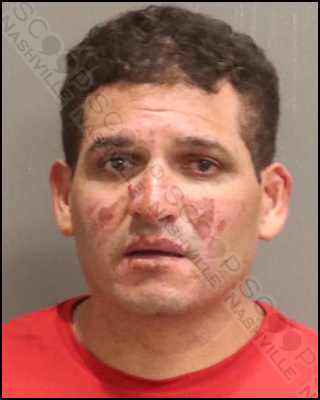 36-year-old Javier Villalobos is charged with the domestic assault of one of his roommates, Norma Arteaga-Vaela. Police responded to the Antioch home after Norma says Javier came home while she and other roommates were in the kitchen, and they invited him to join them, however, he began to touch her inappropriately while asking her to grab him a drink. Norma says she told him to stop disrespecting and touching her, and he slapped her in the face in response. The other roommates confirmed the assault and Villalobos was taken into custody.

Javier Villalobos was booked into the Metro Nashville Jail on July 4th, charged with domestic assault with bodily injury. A Judicial commissioner set his bond at $1,500, and the Davidson County Sheriff’s Office gave him pre-trial release from their facility.