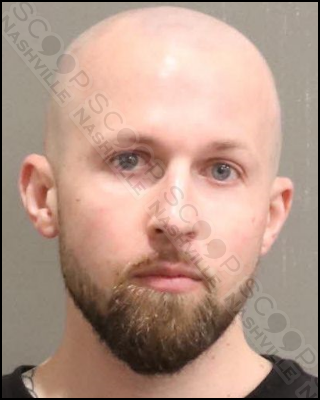 Metro Nashville Police found 31-year-old Paul Mikkelson lying down near the Schermerhorn Symphony Center in downtown Nashville before attempting to stand and stumbling into the roadway at 4th Ave South, where he fell onto the sidewalk again. Upon checking his welfare, it was quickly noticed he was extremely intoxicated, and medics were called to respond to the location. Mikkelson refused all medical assistance and didn’t have a phone in his possession to call anyone to assist him. Unable to leave him in his current condition, he was transported to booking and charged with public intoxication.

Paul R Mikkelson was booked into the Metro Nashville Jail on July 15th, charged with public intoxication. A judicial commissioner set his bond at $100. n