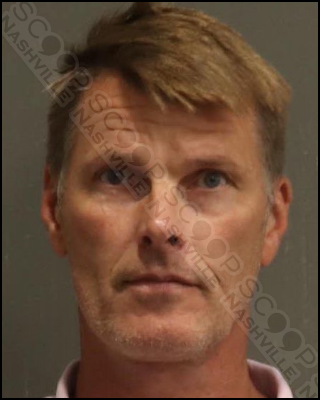 Jaclyn LaGrow says her boyfriend of five months, 50-year-old Johnny Hurst, stopped his vehicle on the bridge of Old Hickory Blvd over I-65 as they were having an argument and kicked her out of the vehicle, physically pushing her out while yelling and screaming, leaving her stranded on the side of the road. About twenty minutes later, he returned to the location, and she began to gather her things from his vehicle. She says he became aggressive once again and grabbed her by the neck and pushed her to the edge of the bridge while screaming he would throw her off the bridge. He then snatched her phone and destroyed it. After he fled a second time, a concerned citizen transported her to a safe place to contact the police.

Johnny H Hurst was booked into the Metro Nashville Jail on July 11th, charged with domestic assault with bodily injury, interference with a 911 call, and vandalism. He is free on a $3,000 bond.

One thought on “Johnny Hurst charged after threatening to toss girlfriend off bridge, destroying her phone”