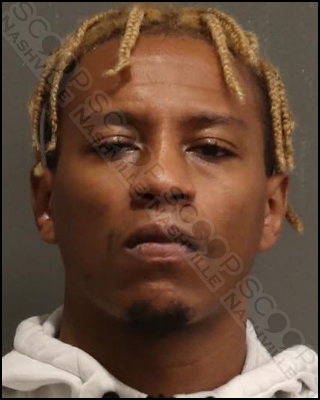 During an argument in June, 21-year-old Taras Carter reportedly pushed his girlfriend, Caitlynn Chastain, out of his vehicle while he was still driving, and he fled the scene. Nashville Fire responded to the scene and transported the victim to the hospital, where multiple injuries, including a head injury, were treated. A warrant was issued for his arrest, and he was booked on that warrant this week.

Taras Antonia Carter, of County Hospital Road in Nashville, was booked into the Metro Nashville Jail on July 22nd, charged with aggravated assault. He is free on a $10,000 bond.