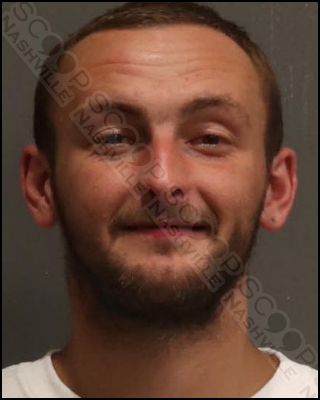 Late Saturday night, Metro Nashville Police were flagged down by bouncers at Kid Rock’s Bar on Broadway in downtown Nashville. The staff stated that 23-year-old Austin Barrett was causing a scene as he attempted to cut the line to get inside and was starting fights with other patrons. Police observed him to be yelling and confrontational as they approached him, and after he refused to calm down, he was taken into custody and charged with public intoxication and disorderly conduct.

Austin R. Barrett was booked into the Metro Nashville Jail on July 30th, charged with public intoxication and disorderly conduct. A judicial commissioner set his bond at $200, and the Davidson County Sheriff’s Office gave him pre-trial release from their facility.