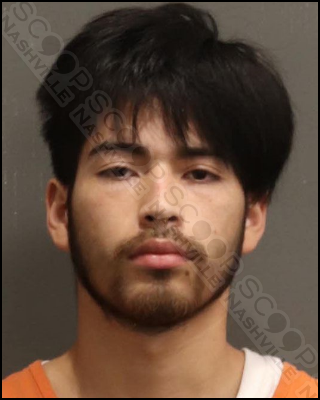 22-year-old Dennis Ferrer-Gonzalez was served with an outstanding warrant from 2019 this week, charging him with firing shots at his residence and then fleeing the scene, knowing his roommate was inside. The two had been in an argument prior to Dennis driving to the location. He was transferred in from federal custody before being charged on the local warrant.

Dennis Ferrer-Gonzalez of Pippin Dr in Antioch, TN, was booked into the Metro Nashville Jail on August 16th, charged with aggravated assault with a deadly weapon. A judicial commissioner set his bond at $10,000. He was initially transferred in as a federal sleepover inmate and then served on the outstanding local warrant.