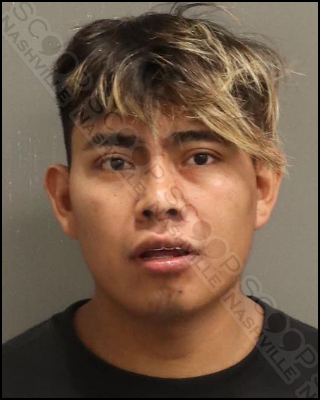 26-year-old Tomas Javier is charged with the aggravated assault of his wife, Morena Rodriguez, after she says he became upset over the content of text messages on her phone that he disapproved of. When police arrived at the couple’s Litton Ave residence, Morena explained that Tomas placed his hands around her neck, strangling her until she had problems with breathing. Several neighborhood witnesses to the incident reported they saw Tomas drag the victim down the street, punch her in the stomach, and slam her head into a utility pole, which matched the multitude of injuries to her neck and face.