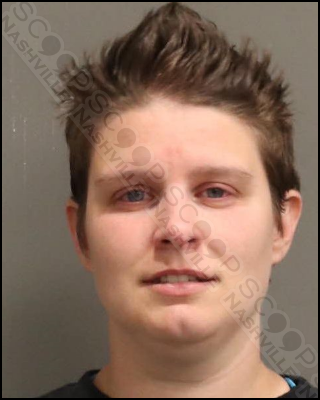 Bryan Peterson called 911 after an argument with his wife, 32-year-old Amy Westney Peterson, which he described to police as “really crazy.” The argument began as they were discussing getting a divorce. As the discussion escalated, she reportedly put a knife to her own throat, prompting Bryan to call the police for assistance. Bryan says she physically attacked him as he was making the emergency call, and strangled him during the struggle. She is charged with domestic assault.

Amy Westney Peterson of Priest Woods Drive in Nashville, TN, was booked into the Metro Nashville Jail on September 6th, charged with domestic assault with bodily injury. A judicial commissioner set her bond at $1,000.