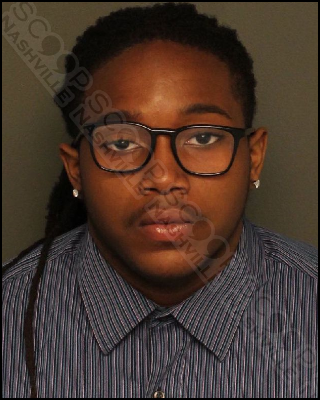 Thomas Ruggio told police one of his employees, 18-year-old Nahshon Easley (AKA ‘QUATTY’), came into the rear entrance of his Nashville Wine & Spirits Store and left with a half-point of New Amsterdamn liquor which he didn’t pay for, and was too young to buy. Easley was issued a citation for theft of merchandise and was booked on the citation this week.

Nahshon Easley of Creekwood Drive in Nashville, TN, was booked on the citation on September 9th, charged with theft of $1,000 or less.