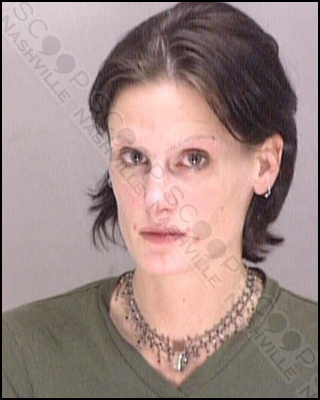 Elizabeth Marie Barnard was booked into the Metro Nashville Jail on September 10th, charged with public intoxication. A judicial commissioner set her bond at $250.