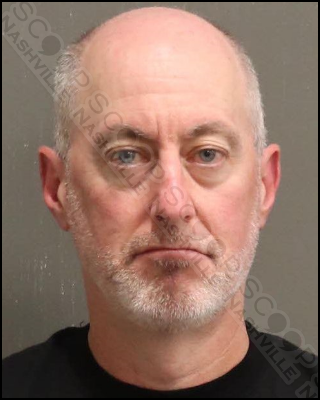 52-year-old Jonathan Adam Meyers caught the attention of Metro Nashville Police Officers in the early morning hours of Saturday morning while attending the Pearl Jam concert at Bridgestone Area in downtown Nashville on Broadway. He had trouble standing on his own and reeked of alcohol. He did not have a safe way home, according to police, and he refused to cooperate with them finding him a ride or someone to collect him. He was transported to booking and charged with public intoxication.

Jonathan Adam Meyers of Tinnan Ave in Franklin, TN, was booked into the Metro Nashville Jail on September 17th, charged with public intoxication. A judicial commissioner set his bond at $100.