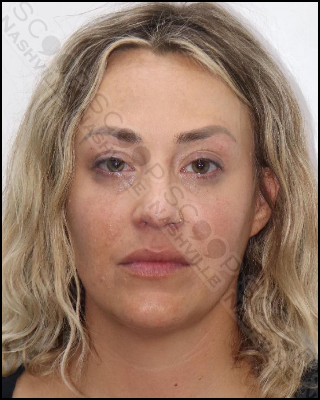 Metro Nashville Police had just chased Jack Beckham down Broadway late Saturday night and were placing him under arrest when 35-year-old Alison Krawczyk approached the takedown and repeatedly placed herself between the officers and Beckham. Officer Begley commanded that she step back and stay back, and she refused and continued to interfere with Beckham’s arrest. Due to her extreme level of intoxication and causing a disturbance, she was also taken into custody.

Alison Krawczyk of Lakebrink Ct in Nashville, TN, was booked into the Metro Nashville Jail on September 24th, charged with public intoxication. A judicial commissioner set her bond at $100.