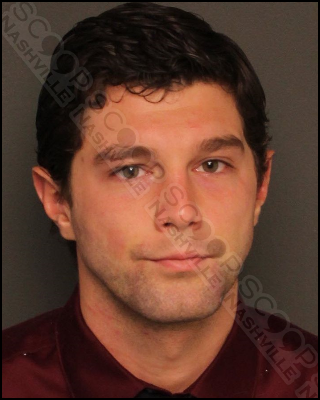 Layer Cake Security Team Member Lance Matthew Mann says he was attempting to move a crowd of patrons out of the way so a handicapped person could pass by on September 3rd when 26-year-old Jonathan ‘Jono’ Phelps pushed him and punched him in the nose. Metro Nashville Police responded to the scene and confirmed the incident on security video from the venue. Phelps was issued a citation for assault and was booked on the citation this week.

Jonathan S. Phelps of Old Lovers Lane in Bowling Green, KY, was booked on the citation on September 26th, charged with assault.