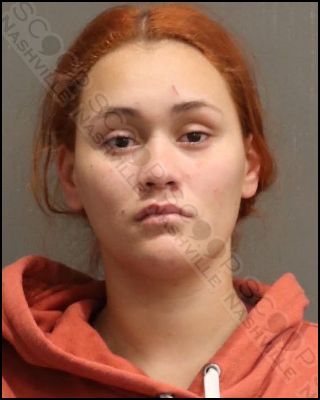 23-year-old Helen Yanuirian Calilx says her missing cell phone was pinging at Honduras Restaurant on Murfreesboro Pike Thursday, so she drove to the location at 5:30 p.m. and found her boyfriend, Andy Plata, at the restaurant eating. Security footage from the restaurant shows she then confronts Plata aggressively and follows him around the restaurant yelling at him, while Plata is observed calmly walking with his hands above his shoulders and attempting to walk away and diffuse the situation. Plata told police she was abusive and aggressive toward him from the moment she walked in the door. Officers determined she was the aggressor in the situation and charged her with domestic assault.

Helen Yanuirian Calilx was booked into the Metro Nashville Jail on September 29th, charged with domestic assault offensive/provocative conduct. A judicial commissioner set her bond at $1,500.