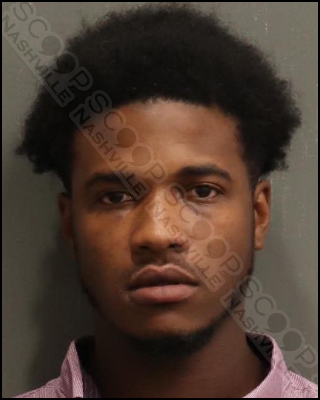 Witnesses called police after observing Sydney Medders running through a Nashville apartment complex screaming for help while being kicked by her boyfriend, 25-year-old Tarrell Grant. She was able to hide in a neighbor’s apartment until officers arrived at the scene. Officers found her with multiple injuries, including a bloody nose where she had been pushed into a wall, abrasions, and blood on her shirt. She did not want to prosecute for the domestic violence, and Grant told police “nothing happened.” Due to the circumstances, the relationship, and the history of domestic violence, officers prosecuted on her behalf and took Tarrell Grant into custody.

Tarrell K. Grant of Sky Valley Trail in Smyrna, TN, was booked into the Metro Nashville Jail on September 27th, charged with assault. A judicial commissioner set his bond at $2,500.