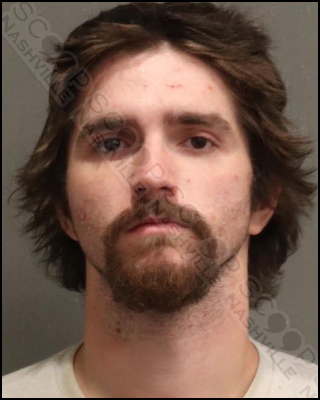 25-year-old Daniel Bennett Simpson is charged with criminal trespass after police say he spent two hours hiding in the men’s restroom of the Bellevue Planet Fitness. He had previously been banned and trespassed from the location, and despite claiming to have a membership, it was determined he did not. He was removed from the restroom at 2:03 a.m. and taken into custody.

Daniel Bennett Simpson was booked into the Metro Nashville Jail on September 27th, charged with criminal trespass. A judicial commissioner set his bond at $500.