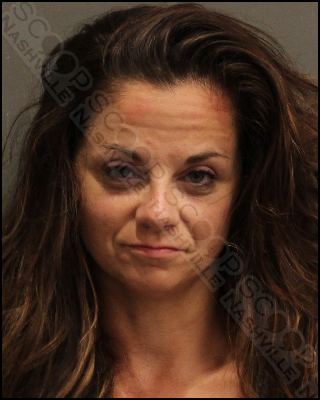 Erin Cogswell was repeated escorted out of Kid Rock’s Bar on Broadway in downtown Nashville and told not to return, yet she continued to enter the location. Bar staff eventually contacted Metro Nashville Police Officers working the Entertainment District Initiative, who responded and noted she was “heavily intoxicated” with slurred speech and reeked of alcohol. She declined the option of medical treatment and was taken into custody, charged with public intoxication.