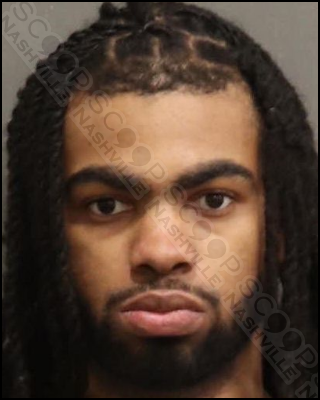 Metro Nashville Police responded to Skyline Hospital late Wednesday night to find 23-year-old Christopher Daniels in possession of his jacket, which had been used to bring nearly a half-pound (220 grams) of methamphetamine into the hospital. Police reviewed security footage which showed his girlfriend go outside and approach a blue Nissan Altima and grab his black jacket to bring back inside. As she entered the emergency department, security searched her and found the methamphetamine. Officers spoke with Daniels, who was in possession of the jacket, and he admitted everything found in the jacket belonged to him.

Christopher K. Daniels of Kingview Court in Nashville, TN, was booked into the Metro Nashville Jail on October 13th, charged with possession with intent to sell a controlled substance. A judicial commissioner set his bond at $10,000.